There are a million resolutions you could make for 2021: taking up extreme knitting, limbo dancing, or rhinoceros riding. But deciding to learn Python in 2021? Now, that could be your smartest move to date.

You heard me. The New Year is fast approaching, and we all know what that means. The resolutions, the pressure to “do something with our lives,” the frozen margaritas, and the new opportunities.

As sweet as all those things are, it’s the new opportunities that’s most exciting. Obviously you can learn Python any time you like: 2020, 2021, or Tuesday. But it’s always a nice feeling coming into a new year to feel that surge of forward momentum, right? That little kick of promise – the new knowledge, the new prospects, the new superpowers.

Well, put down those carrot sticks, stop practicing your French verb conjugations, and listen up: Python is your must-learn for 2021!

Python is on the rise. More than that, it’s on a rampage. Python rises in popularity as a programming language year after year after year. That means more job opportunities, better job security, a vibrant community of programmers, and lots of existing knowledge to draw on.

Not sure if Python is right for you, or worried you don’t know enough about programming to get started? Let me tell you how absolutely achievable Python really is, and why it’s such a smart decision to quit the excuses and start learning it NOW.

So, What is Python?

Pro tip: It doesn’t have scales, and your family won’t mind you bringing it home.

Year on year in the Stack Overflow Developer Survey, Python reigns supreme as one of the world’s most loved programming languages.

It’s also the language most existing developers want to add to their repertoire.

Why is Python so popular? It’s simple.

No, really – that’s the reason. Python is simple. It’s easy, it’s friendly, and it is totally achievable to learn. Let me tell you why.

Python is a powerful programming language with an incredibly clear and easy-to-follow syntax. Created by Guido van Rossum in the late 1980s, Python is now a mainstay in the programming world and is favored by the biggest players on the block: think Instagram, Facebook, Netflix, Uber, Reddit, Dropbox, Microsoft, NASA, Mozilla, and Google.

People keep flocking to Python because it’s so darn useful in so many different industries and applications. Even though it’s simple, it’s extremely powerful and lies right at the core of many revolutionary technologies. Python is up front and center within machine learning, the Internet of Things (IoT), artificial intelligence and data science. If you’re keen to get involved in any of those exciting worlds, Python is your golden ticket.

The Best Things About Python

There are lots of great things about Python, but there are a few key truths generally acknowledged:

The Python Community Is Awesome

The Python community is huge and constantly growing. Because Python developers are so numerous, there’s always someone you can turn to for help. The community also beavers away to make the language better for its users, and there are plenty of community-created support materials for newbies to take advantage of.

One of the best things about Python is how extensive its libraries are at your disposal. There are hundreds and hundreds of libraries and frameworks that support Python developers. They make a fantastic resource for new and old Python users alike!

From data analysis in pandas and deep learning in TensorFlow, to Django and Flask for web application development, once you know what it is you’re looking for, you’re sure to find the library for you! For more on Python libraries, check out this great list of the Top 13 Libraries You Need to Know.

Python’s Simplicity Is Enough to Make You Cry

From where I’m sitting, hands down the best thing about Python is how ridiculously simple it is. It’s easy to learn, easy to code, easy to organize, and easy to analyze.

With Python, you can perform really advanced operations without having to become an expert in a highly-complex language. Um – win!

The Updates, oh, the Updates!

Python is a living, breathing language, which means it’s growing all the time! Thanks to its super-involved community of developers, updates and improvements are constantly taking place. And the Python Software Foundation is always pushing through fixes, updates, and other new features.

Python sees a new release around every 6 to 18 months, and the stability of the language improves with every new version. Check out the newest releases over on the Python download page!

Python software engineers and developers spend their time building back- and front-end features into Python, as well as managing the testing and bug fix activities. If you’re keen on coding, or if you think development is right for you, then look no further. There are literally thousands of jobs out there looking for Python developers.

Python is an important player in the world of data science thanks to its abilities in data automation and analysis. It’s so good at what it does that it’s now the top programming language used in the data science profession. This means finding a data science role without first learning Python might be … well, a little tough.

One of the great things about Python is the variety of the industries that use it and the number of job opportunities it can open up for you. GIS analysts use data to create maps, study populations, improve infrastructure, and model environmental outcomes.

Python is frequently used by GIS analysts to help automate their processes and remove redundancies in their work.

Learn Python, teach Python! There are many opportunities out there to become a Python educator. From elementary schools to university courses, adult learning classes, and private tutoring, becoming a Python teacher is a very real and worthwhile pursuit once you have some knowledge under your belt.

If you’ve got the Python basics down pat, then getting a role as a quality assurance engineer is a very real possibility. QA engineers don’t build software, but they spend a lot of time testing it, so knowing Python well is a prerequisite.

And Many, Many More!

These job titles are just the tip of the iceberg when it comes to career opportunities stemming from Python. Whether you want to be a game designer or an AI expert, Python has you covered.

How to Learn Python

Sounds obvious, but don’t overlook this by trying to DIY yourself a Python education. It’s true that there are lots of great self-directed study materials. But taking a structured course is the best way to achieve Python proficiency quickly and painlessly.

I talk more about them below, but I highly recommend the Python Basics group of three courses on LearnPython.com. These courses are comprehensive, super affordable, and a great place for beginners to make a start on their Python journey. They’ll also help you learn Python fast, helping you get on your feet and coding in a flash.

Some of us learn better from visual sources; I’m certainly one of them. Luckily, there are plenty of YouTube tutorials around to supplement the Python courses you take. Check out anything from the Programming with Mosh channel or YK’s tips over on CS Dojo.

Have a little fun with Python, and you’ll soon realize how easy and enjoyable coding with Python can actually be. Making small games using Python is a favorite pastime of many Python developers, both new and experienced.

There’s some great info over on GitHub about how to get started making your own little game using your newfound Python skills. Check it out!

Like I mentioned before, the community is one of the best things about Python. Getting involved with other Python developers is a great first step. There are general groups to get involved with, as well as more specific communities like PYLADIES, a worldwide group for women and gender minorities who code – or hope to code – in Python.

I’m biased, but for a good reason. The Python Basics track at LearnPython.com is chock-full of every little tidbit of Python-related knowledge you could possibly hope to find.

Python Basics is a course for anyone wanting to get their foot in the door of both Python and programming more generally. It’s been designed for those without any prior knowledge – tech rookies just like me who have never even seen a line of code in their lives will feel right at home in the warm and welcoming cocoon that is this learning track.

Python Basics starts with all the foundational programming knowledge you’ll need before striking out alone in the job market:

Regardless of whether you continue your Python journey after this track, all the concepts above equip you to work with any commonly used programming language. That means it’s a great basics course to take, even if you’re not completely sure that Python is going to be your “forever language.”

The best thing about the Python Basics group of courses is that they’re all about getting your hands dirty. These aren’t “read and forget” kinds of courses. They’re fully interactive, weaving theory and information with exercises and problems to solve by writing your own little computer programs. It sounds difficult, but it’s totally within your grasp. LearnPython.com walks you through the learning curve every step of the way, making the journey smooth and not scary in the slightest.

The first course of the Python Basics track is a great introduction to Python and programming more generally. In Part 1, you will learn all about variables, lists, conditional statements, loops, and functions.

After completing the course, you will already be able to write interactive console applications and useful Python scripts to automate common tasks!

Python Basics Part 1 will help you to:

In the second course of the Python Basics track, you’ll be taught important data structures like dictionaries and lists. You will learn how to use text files and deal with any errors arising.

This course will take you to the next level of console application writing by helping you to:

In the last of the 3 Python Basics courses, LearnPython.com will teach you all you need to know about tuples and sets. They will help you express a variety of concepts and round off your foundational knowledge of Python programming.

When you wrap up Python Basics Part 3, you’ll be able to write advanced console applications and scripts that are capable of solving a wide range of issues that crop up in the tech world, including tuples, sets, and date and time.

Finished all 3 of the Python Basics courses? Congratulations! You’re now a fully-fledged, useful Python programmer, ready to take on some more advanced learning and practice!

Learning Python: Your Superpower for 2021

Learn Python. It’s simple, it’s user-friendly, it’s surrounded by a great community and stack of resources, and it will seriously take you places. If the 2020 Stack Overflow Survey is anything to go by, and - well, it is - then you can rest assured that Python is going to retain its place as one of the most well-liked, well-used programming languages in the world. 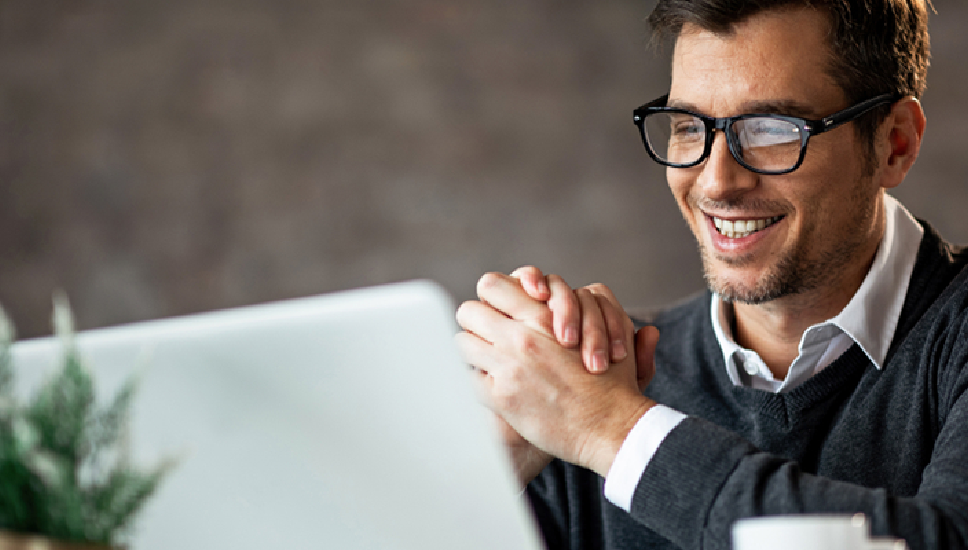 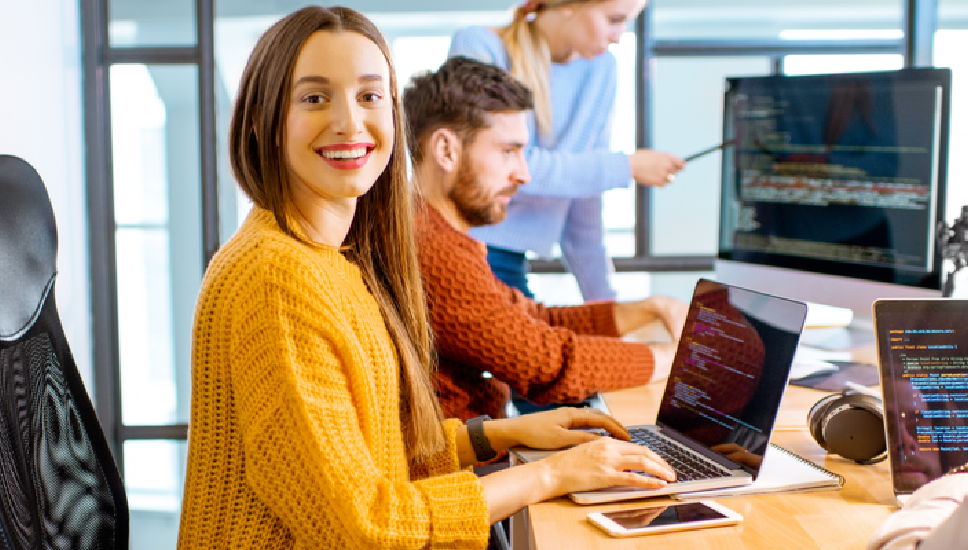 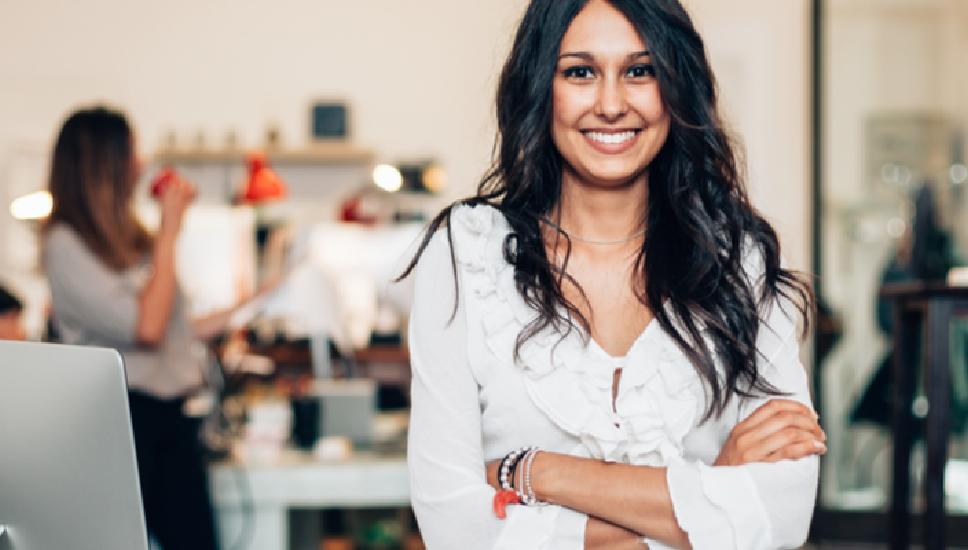