Python is one of the most frequently used programming languages for financial data analysis, with plenty of useful libraries and built-in functionality. In this article, you'll see how Python's machine learning libraries can be used for customer churn prediction.

Customer churn is a financial term that refers to the loss of a client or customer—that is, when a customer ceases to interact with a company or business. Similarly, the churn rate is the rate at which customers or clients are leaving a company within a specific period of time. A churn rate higher than a certain threshold can have both tangible and intangible effects on a company's business success. Ideally, companies like to retain as many customers as they can.

With the advent of advanced data science and machine learning techniques, it's now possible for companies to identify potential customers who may cease doing business with them in the near future. In this article, you'll see how a bank can predict customer churn based on different customer attributes such as age, gender, geography, and more. The details of the features used for customer churn prediction are provided in a later section.

Python comes with a variety of data science and machine learning libraries that can be used to make predictions based on different features or attributes of a dataset. Python's scikit-learn library is one such tool. In this article, we'll use this library for customer churn prediction.

The dataset you'll be using to develop a customer churn prediction model can be downloaded from this kaggle link. Be sure to save the CSV to your hard drive.

You can use machine learning classification algorithms to solve this problem.

Note: All the code in this article is executed using the Spyder IDE for Python.

Here's an overview of the steps we'll take in this article:

The first step, as always, is to import the required libraries. Execute the following code to do so:

The second step is to load the dataset from the local CSV file into your Python program. Let's use the read_csv method of the pandas library. Execute the following code:

If you open the customer_data dataframe in Spyder's Variable Explorer pane, you should see the columns as shown below:

As a reminder, there are 14 columns total in our dataset (see the screenshot above). You can verify this by executing the following code:

In the output, you should see the following list :

Not all columns affect the customer churn. Let's discuss each column one by one:

After careful observation of the features, we'll remove the RowNumber, CustomerId, and Surname columns from our feature set. All the remaining columns do contribute to the customer churn in one way or another.

To drop these three columns, execute the following code:

Machine learning algorithms work best with numerical data. However, in our dataset, we have two categorical columns: Geography and Gender. These two columns contain data in textual format; we need to convert them to numeric columns.

Let's first isolate these two columns from our dataset. Execute the following code to do so:

One way to convert categorical columns to numeric columns is to replace each category with a number. For instance, in the Gender column, female can be replaced with 0 and male with 1, or vice versa. This works for columns with only two categories.

For a column like Geography with three or more categories, you can use the values 0, 1, and 2 for the three countries of France, Germany, and Spain. However, if you do this, the machine learning algorithms will assume that there is an ordinal relationship between the three countries. In other words, the algorithm will assume that 2 is greater than 1 and 0, which actually is not the case in terms of the underlying countries the numbers represent.

A better way to convert such categorical columns to numeric columns is by using one-hot encoding. In this process, we take our categories (France, Germany, Spain) and represent them with columns. In each column, we use a 1 to designate that the category exists for the current row, and a 0 otherwise.

In this case, with the three categories of France, Germany, and Spain, we can represent our categorical data with just two columns (Germany and Spain, for example). Why? Well, if for a given row we have that Geography is France, then the Germany and Spain columns will both have a 0, implying that the country must be the remaining one not represented by any column. Notice, then, that we do not actually need a separate column for France.

Let's convert both the Geography and Gender columns into numeric columns. Execute the following script:

The get_dummies method of the pandas library converts categorical columns to numeric columns. Then, .iloc[:,1:] ignores the first column and returns the rest of the columns (Germany and Spain). As noted above, this is because we can always represent "n" categories with "n - 1" columns.

Now if you open the Geography and customer_data data frames in the Variable Explorer pane, you should see something like this:

Next, we need to add the Geography and Gender data frames back to the data set to create the final dataset. You can use the concat function from pandas to horizontally concatenate two data frames as shown below:

Our data is now ready, and we can train our machine learning model. But first, we need to isolate the variable that we're predicting from the dataset.

Here, X is our feature set; it contains all the columns except the one that we have to predict (Exited). The label set, y, contains only the Exited column.

So we can later evaluate the performance of our machine learning model, let's also divide the data into a training and test set. The training set contains the data that will be used to train our machine learning model. The test set will be used to evaluate how good our model is. We'll use 20% of the data for the test set and the remaining 80% for the training set (specified with the test_size argument):

There are several machine learning algorithms that can be used to make such predictions. However, we'll use the random forest algorithm, since it's simple and one of the most powerful algorithms for classification problems.

To train this algorithm, we call the fit method and pass in the feature set (X) and the corresponding label set (y). You can then use the predict method to make predictions on the test set. Look at the following script:

Now that the algorithm has been trained, it's time to see how well it performs. For evaluating the performance of a classification algorithm, the most commonly used metrics are the F1 measure, precision, recall, and accuracy. In Python's scikit-learn library, you can use built-in functions to find all of these values. Execute the following script:

The results indicate an accuracy of 86.35%, which means that our algorithm successfully predicts customer churn 86.35% of the time. That's pretty impressive for a first attempt!

As a final step, let's see which features play the most important role in the identification of customer churn. Luckily, RandomForestClassifier contains an attribute named feature_importance that contains information about the most important features for a given classification.

The following code creates a bar plot of the top 10 features for predicting customer churn:

Based on this data, we can see that age has the highest impact on customer churn, followed by a customer's estimated salary and account balance.

Interested in exploring some other applications of Python for financial data analysis? Enroll in our Python Basics course to gain more hands-on experience. 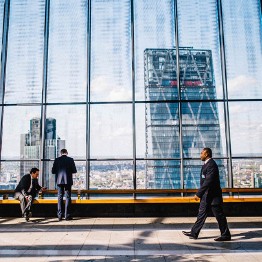 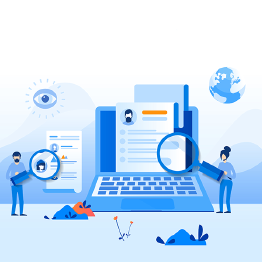 11 Tips for Building a Strong Data Science Portfolio With Python
Looking for some advice to build a data science portfolio that will put you ahead of other aspiring data scientists? Don't miss these useful tips.
Read more 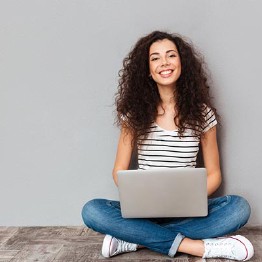