Ever wondered what daily life in a tech company looks like but had no one to ask? Let's take a look at a day on the IT team from the inside.

All programmers wear plaid shirts and thick glasses, eat junk food, sleep during the day, stay awake all night, and spend their time in dark basements where the only light comes from a few monitors displaying tons of unintelligible code. They never practice sports unless it's a FIFA game, and they only let go of their coffee mugs when they need both hands for a gamepad. And they never speak to each other or to anyone else—if they really need to, they send a text message. Well, actually, it's not entirely true. If you want to know how real life on a programming team looks then read on.

Before my first coffee, I'm totally on autopilot and my first steps in the office lead me to the coffee machine. Armed with a mug of cappuccino, I start climbing the stairs up to our floor (not a basement!) just to realize that half of my team is already there, up and running. Some of them start working even at 7:30 A.M., which is the middle of the night for me. And what's even worse— there are even people on my team that don't drink coffee. Never. Surprisingly, I've met quite a lot of them during my career in IT, but I still find it hard to believe they really exist. As you probably guessed already, I'm a typical coffee addict, but it started long before I even dreamed of learning to code.

With a coffee mug in my hand, I can settle back in front of my two huge monitors* and I'm ready to face whatever is waiting for me out there in Jira. Jira is a tasks and bugs tracker that we use on a daily basis. I scan a list of my issues to check what are the most important things I need to do. I work as a front-end developer, so in many cases I have to arrange some details with other team members, like asking a system architect where to find the test data I need, getting assets from a graphic designer, or talking the task over with a back-end developer (If I can find any, because at a certain hour most of them disappear).

* My personal record was two computers with four monitors plus two mobile devices working simultaneously on my desk, but front-end developers do such strange things sometimes when debugging or testing a website on different devices.

Hobbits would have six meals a day and all of them are very important. There is also time for a second breakfast on a programming team, and it's at the very moment when an e-mail about sandwich delivery lands in our mailbox. If you miss it, you may realize that suddenly you're the only person left in the room. It even happens that we need to make a break during a team meeting for everybody to get sandwiches. And, surprisingly, they sell a lot of healthy food.

We all work in the Scrum in our company. Scrum is an agile framework for work management, usually in software development. Practically, it means that we divide our working time into approximately three-week-long sprints, which are followed by some meetings like the sprint retrospective and sprint planning. But every day the whole team meets for the daily scrum meeting, or the daily stand-up, which is a short meeting to tell others what you're working on at the moment or to discuss the problems you have with the other members of the team. Sometimes it looks to me like a form of group therapy—even if my colleagues couldn't help me with my code, they at least lend a sympathetic ear to my complaints. And it's always nice to throw a rugby ball to your colleagues, isn't it? (we use a rugby ball as a token indicating who should talk next).

Often during the daily stand-up, we realize that there are things we need some support with. Sometimes it means I'll be advising back-end developers about the best approach to display something on the website from a front-end perspective. And sometimes they are helping me with more complicated tasks. It's a great cure for despair and helplessness when you're stuck. If both daily scrum group therapy and pair programming failed, you definitely need a break with coffee and / or chocolate.

Getting food, planning where to go for lunch today, ordering food, and eating out are such important moments of the day that we have dedicated Slack channels for it. Someone even wrote a script prompting today's menu from our favourite nearby restaurant into a command line. Maybe programmers are kind of Hobbits after all?

We all love sweets, and most of us do our best to never miss an opportunity to have a dessert. And never in my life did I ever have so many occasions to eat sweets. Our company celebrates all successes and celebrating often means sweets. Recently, I absolutely loved when we were having a cake on the occasion of saying goodbye to our old and widely hated time tracking tool—and we had a cake with its interface printed on it! But we can't have parties every day. Instead, we have our system architect who feeds us with chocolate, popcorn, ice cream or fruits every time he notices that morale has gone through the floor.

Sometimes you can become a sweets provider involuntarily. When I see an e-mail or Slack message on the general channel stating something like "Donuts for everyone in room B1" or "I'll bake a cake tomorrow" it usually means that someone didn't lock their computer. And an e-mail sent on your behalf is not the worst thing that can happen to you. Always lock your computer when you leave the room. We love pranks in tech companies, and you can expect some really creative ones, believe me!

"Typical programmers" hate communicating in person and overuse online communication, so I was a bit surprised to discover so much talking, laughing and joking on my team. Some teams in our company had to set "quiet hours" in order to focus, because it was getting too noisy in their rooms. Not exactly what you expect of programmers, right?

Of course, we're in love with Slack, one of the most popular collaboration tools today. Especially since we've made some really important integrations with Giphy app (it allows us to use gifs in our messages) and Cat Facts (it displays random facts about cats) and added custom emojis. You can also integrate Slack with some serious apps like Jira, but it's much funnier to emphasize how many variants of party parrot emoji we use every day.

If I had to name the most popular sport in the whole IT industry, it would be foosball. Not only my team, but the whole company goes nuts for this game. We organize foosball championships (and the winners get medals in the end!) and a foosball league. Unfortunately, I've shown absolutely no talent for foosball, so far. So while some of my colleagues spend their breaks at the foosball table, I spend them by the coffee machine. Some sources claim that up to four cups of coffee a day is good for your health, so I'm conducting my own research to prove it ;)

And if I miss sports, I can turn to one of our company's sports groups. We train for different things, such as football (real football), bike racing, and squash, but we also experiment with weirder sports like bubble football and curling. Again, not really what you expected from a bunch of programmers, did you?

Meetings are a really important part of the software creation process, which I didn't realize before starting to work on a Scrum team. It's highly probable that a typical day on a programming team will contain a meeting. It can be a gathering of the whole team, to sum up a part of our work, or meeting with our client to revise the last sprint or plan the next one. We also have exclusive front-end developers' meetings (all right, back-end developers have their own, too) and cross-team meetings to get to know what others are working on right now.

There is much more to every day on the IT team. Usually there is more routine, more mundane code writing, but sometimes unpredictable things are going on, also. I imagine this kind of work would be a horror for stereotypical programmers. But I haven't seen a lot of them during my career. I am lucky to work with brilliant, witty and communicative people. This atmosphere makes me love my job, sometimes even more than the tasks I'm working on. If you've heard a lot about "typical programmers" and wondered whether you would fit into the IT industry, don't worry—you just need a sense of humour and you'll be fine!

Do you feel like trying this kind of life yourself? Does a programming team seems like a natural habitat for you? Then go for it! Check out how to start learning to code with LearnPython.com's courses designed for non-IT people, or, if you already started your coding adventure, get to know how to land your first coding job. Good luck and see you onboard one day! 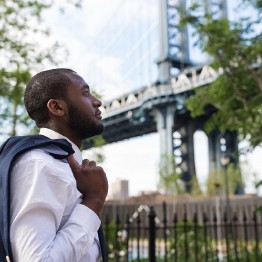 9 Tips for Surviving Your First Day in IT
You've landed your first IT job but there are tons of things to learn? Here's how you can get through this without going crazy!
Read more